In 2017 Ortho-Team released a new version of their website, and the optics of the reservation system clashed with the new website. Something had to be done.

Ortho-Team is a leading Swiss provider of orthopaedic products. Most products are made to measure for its customer, which means every sale is linked to at least one appintment for advice and measurement. Ortho-Team had a reservation system based on its IBM Domino infrastructure. Customers can choose an appointment for the location and product they need. These appointments are dynamically calculated from the available free time of all Ortho-Team employees.

The original system was built using classic Domino Web technology and was working reliably and robustly. But the design had become old-fashioned, and crucially the reservation system was unusable on mobile phones.

Decision: keep as much of the existing system

After considering several different scenarios, we decided to stick to the classic, robust technology in the back-end and revamp the UI with a modern, reactive interface. The reasoning was that this had the lowest potential impact, and the costs would also be the lowest for the desired effect.

The User Interface Design and coding of the necessary HTML and JavaScript files were done by the talented team at e621.ch. The coding on the Domino side was done by Magerman GmbH.

We’ve shown the results in the following pictures. The transition is now seamless! 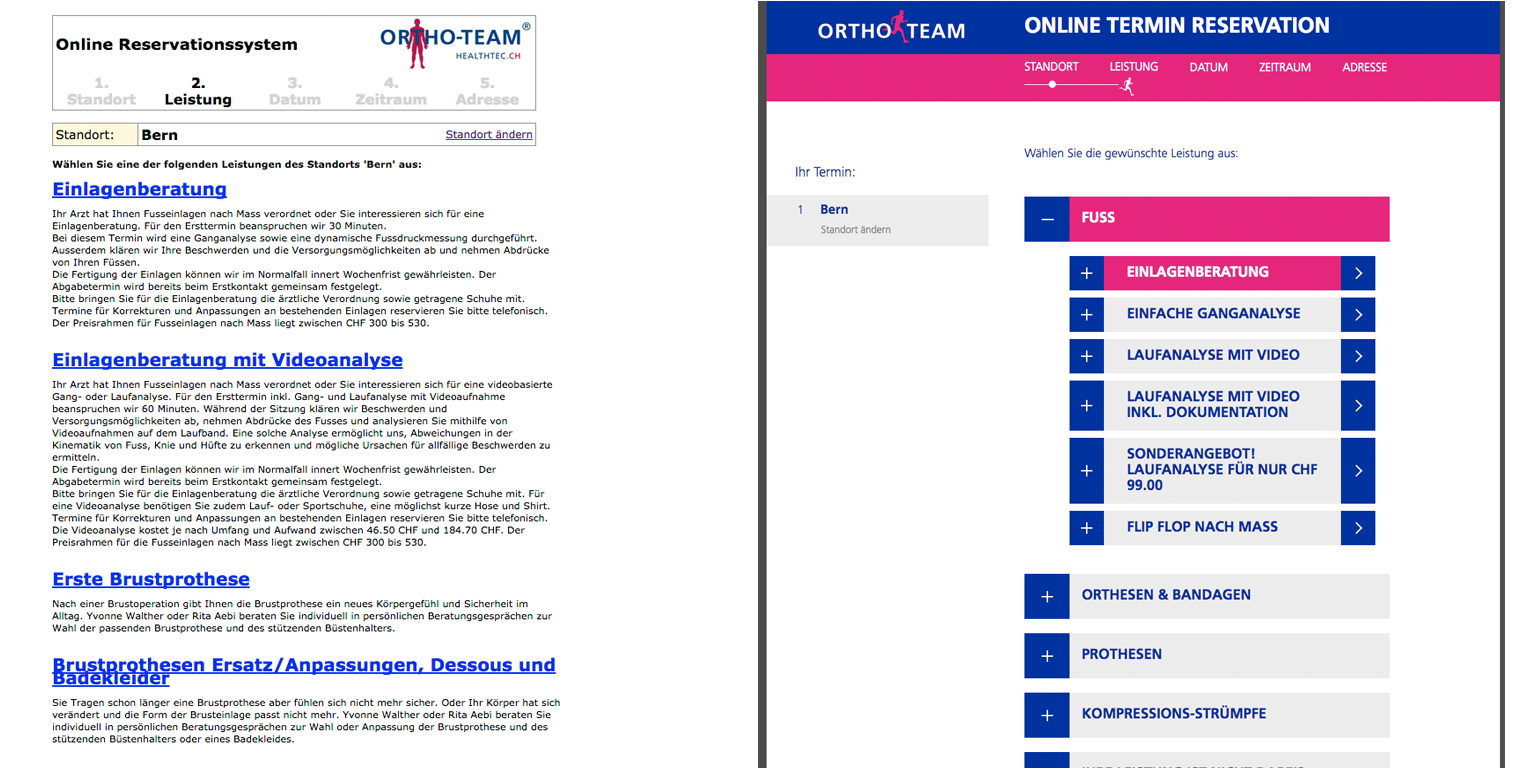 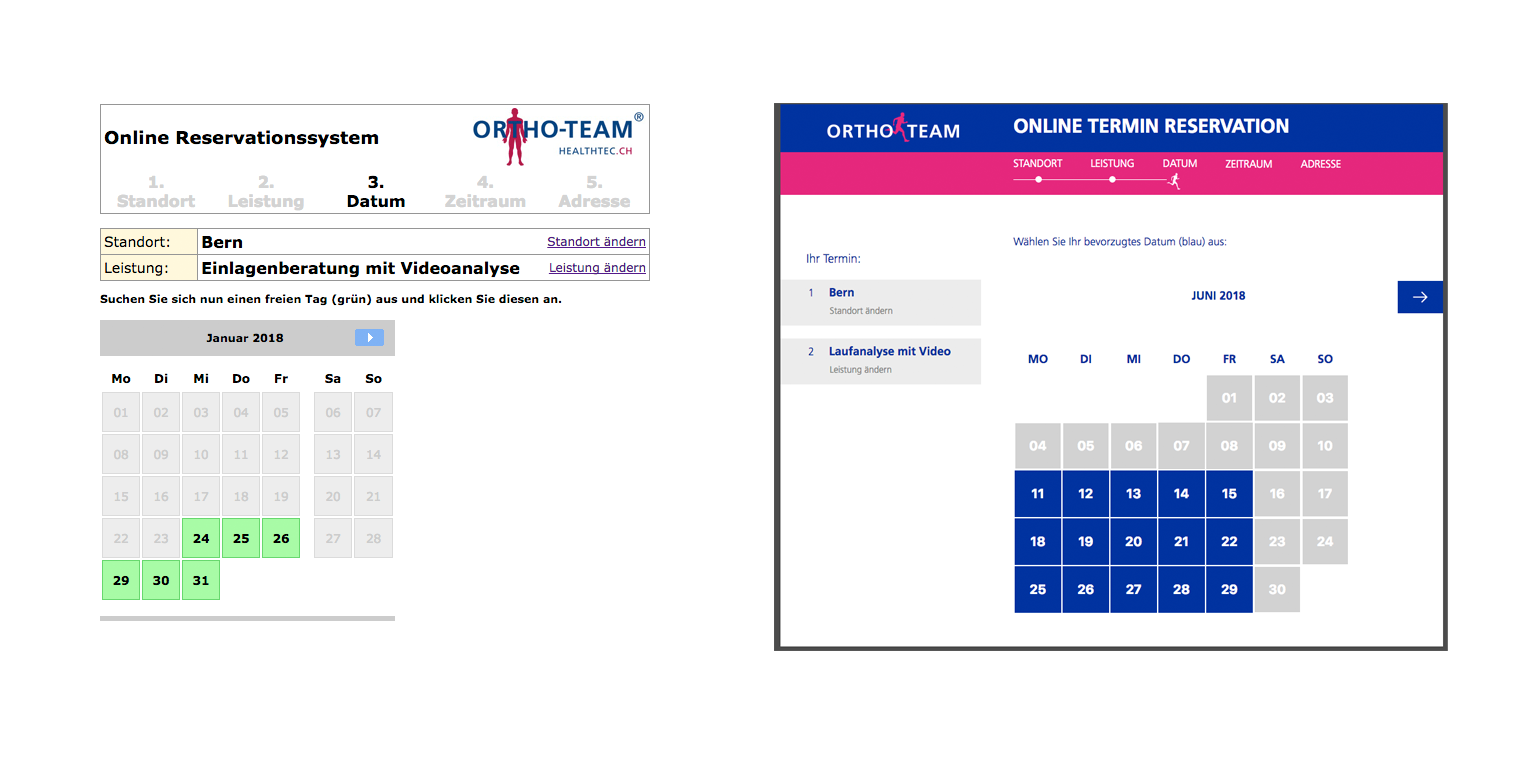 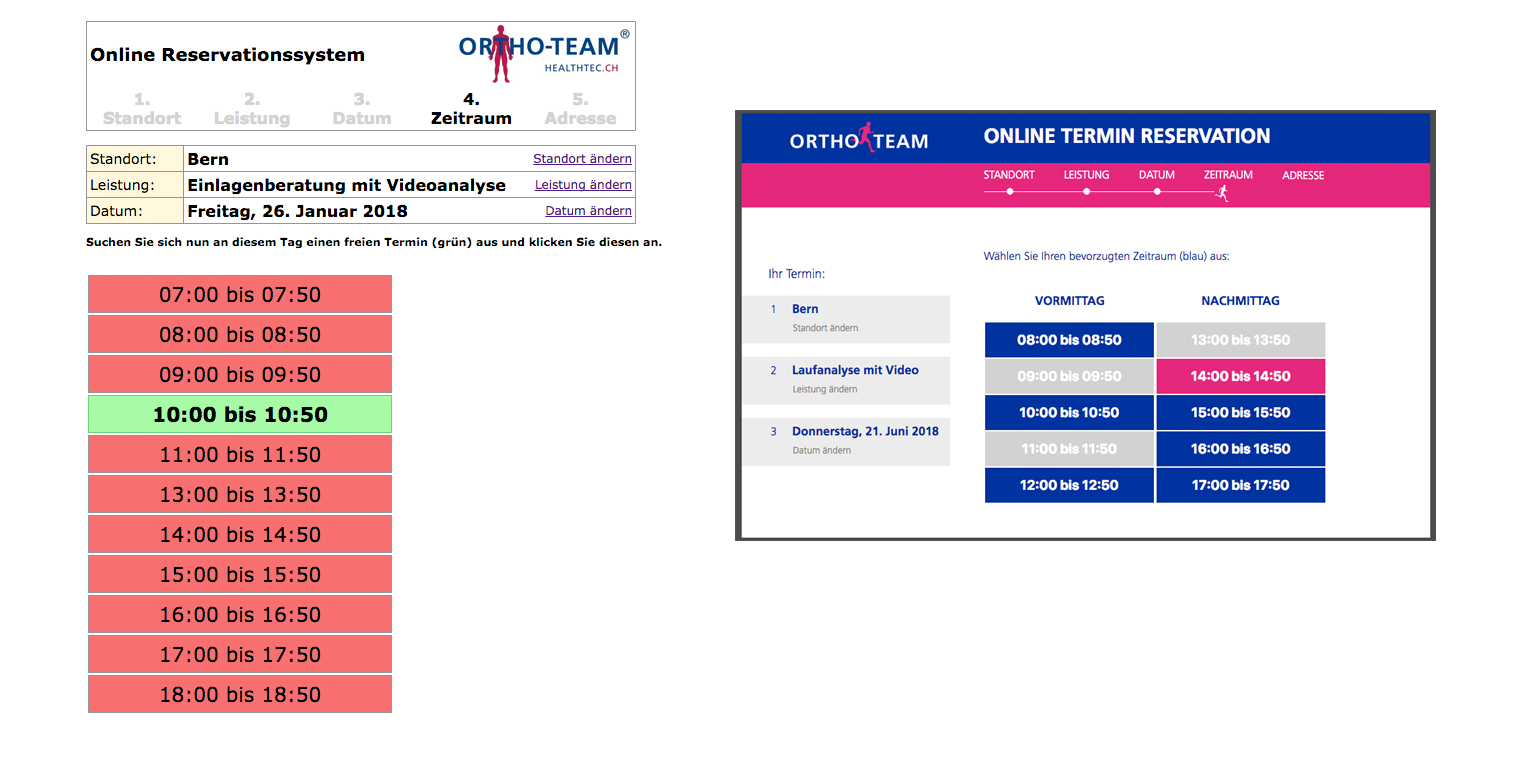 If you want to update your existing classic Domino Web applications, don’t hesitate to contact us!